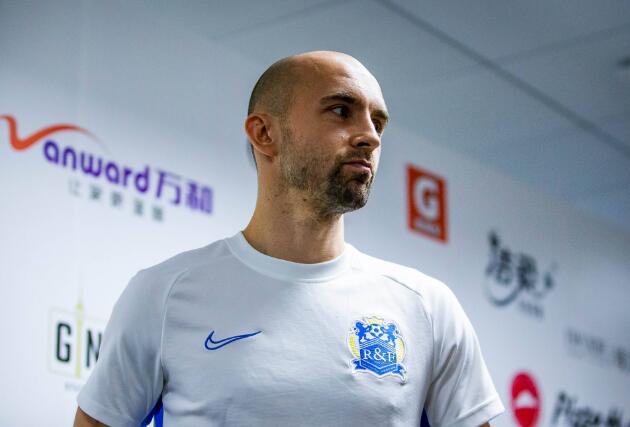 Hupu News, October 9th Today is the media open day of the Guangzhou R&F first team. New aid Adrian, who joined the team on loan not long ago, was interviewed by the media.

Adrian: "Of course I am a professional player, so I know the historical performance of this team. Of course, I also remember my fight against R&F when I played for Changchun and Chongqing. I know some players in the team, including Some players who have left the team. I know their goal is to compete for the championship, but there are many strong teams in the league and it is not easy to achieve this goal."

Adrian: "I can't compare myself with other players. We all have our own characteristics. Saba plays more on the right, but he has a close relationship with Zahavi. I prefer to be an organized midfielder. Compared to Reinadinho, I’m slightly less aggressive."

Adrian: "The atmosphere of the team is very good, and the relationship between the coach and the players is also very good. Of course, Fan Shuai was also a player before, and he knows how to manage players. The club base has very good facilities and the training ground is very good. I can't wait to play first. It's a game."

Adrian: "I want to help R&F complete the task of relegation, first win the first game, and then fight for the subsequent FA Cup matches."