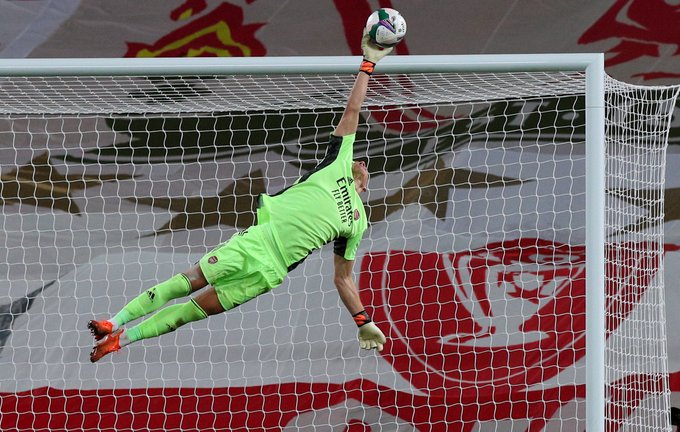 Tiger Fight, October 2nd In the Carabao Cup match, Arsenal drew 0-0 with Liverpool in regular time and won 5-4 through a penalty shootout. Among them, goalkeeper Leno performed well and saved two penalty kicks. After the game, he accepted an interview with Sky Sports:

"This is a very difficult game. Our lineup has made several changes. You can see our thoughts and intentions. We want to win this game."

"This is a chance to win the trophy again. This is our goal. Of course, for a goalkeeper, it is a good thing to be able to make some penalty saves and to see everyone's smiling faces after the end. I hope even more Win the game with the ball. The main thing is that we won the game."

"It is not easy to come to the same place with Monday's disappointment. We analyzed the game and the coach inspired us with uplifting words."

"The club has always given me the feeling that I was and will be the number one goalkeeper. My job is to prove this every week, and I think I have done it tonight."